A place to discuss official news from the production of the Ender's Game film, due in theaters November 2013
Forum rules
Post Reply
6 posts • Page 1 of 1

I personally, love them. They're not Darian's, but I still love them.
"Even though faith is above reason, there can never be any real disagreement between faith and reason, since it is the same God who reveals the mysteries and infuses faith, and who has endowed the human mind with the light of reason." -The Catholic Church, Session III, Chapter IV, Canon 5 of the First Vatican Council
http://endersansible.com
Top

These almost look too simplistic to be actual insignia.

The whole "Greek Key" motif running through them seems like an afterthought. Why not "Egg and Dart" molding on the Battle School, too? 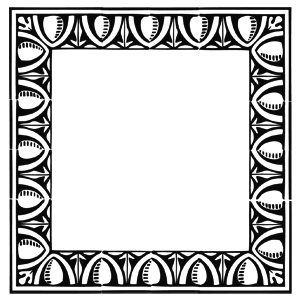 Does it actually REPRESENT anything? If it is actually being used in the production, does it indicate some stark aesthetic to the world of 207X? It's certainly not "flashy," in a world (our current world) where everything is flashy! So does it represent a stark, drab, future world?

http://herocomplex.latimes.com/movies/e ... -logos/#/0" onclick="window.open(this.href);return false;
So, Lone Star, now you see that evil will always triumph because good is dumb.
Top

I don't know where the whole Greek theme is coming from, but I like them. I think they look better on the uniforms than by themselves.
I used to hate gravity because it would not let me fly. Now I realize it is gravity that lets me stand.

Maybe it's the whole "We are SPARTANS!" attitude.

"The biggest cause of trouble in the world today is that the stupid people are so sure about things and the intelligent folks are so full of doubts." - Bertrand Russell
Top
Post Reply
6 posts • Page 1 of 1